With a monthly user base of 236 million, and an influence that stretches far enough to play its part in revolutions, wrongful arrests and making famous people even more famous, Twitter undeniably has the reach to expose your business to millions of people.

A quick way to reach out can be Ad campaigns. Dropping £10 can land your Tweet in front of a few thousand people and an estimated 10-20 clicks on a link you’ve Tweeted. Going all the way up to £1,700 and Twitter expects your Tweet will receive over 2200 clicks.

For most businesses, throwing that much into Twitter is unlikely to be worthwhile. It depends on your industry, and for many organisations having your brand in front of thousands of Twitter users won’t prove particularly profitable. But if what you’re looking for is an audience, Twitter can be a great way to find it.

The other option are campaigns. These ads are dynamic and offer a ton of customisation. You can choose the goal of your campaign which adds a unique button for what you’re after. For instance, if you’re trying to grow your followers the ad will have a Follow button. If what you’re after is website visits you’ll have a Visit Now button. Additionally there are extensive targeting options from location, gender, devices, languages, interests, just about anything you can think of.

These ongoing ads only charge you for the results they deliver. The catch though, is the longer they run and the more exposure they get, the ‘Price per click’ increases. It could start at £0.20 but after just a few days go up to £1.00. After your campaign is launched you’ll be taken to the analytics page where you’ll see impressions, engagements, cost and just about anything else you’d want to know.

Twitter isn’t as easy an environment as it may immediately appear. Even still, if you’re creative enough with your campaign Twitter can be a platform to help you achieve your goals. The key is in getting your followers and engagers to increase the stretch for you. That way you’re reaching more people without the cost. 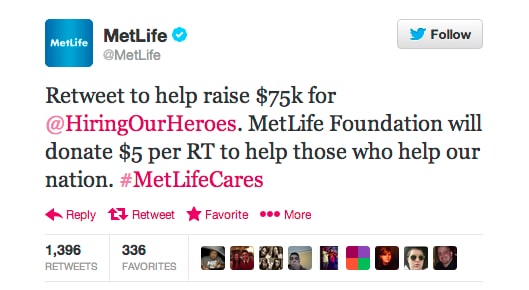 By getting your ads retweeted you’re gaining more exposure for free.

Creativity is king. In 2012, LG, aiming to boost smartphone sales amongst 16-24 year olds, created a campaign called ‘LG Ticket Hunter’ – it was a treasure hunt.

Their idea was beautifully simple, LG set out a stall in a UK city and the first person to get to their stall won two tickets to a high profile concert. So users could find the stall, LG created a map online that gradually zoomed in on the precise location of the stall whenever the hashtag #LGTicketHunter was used. 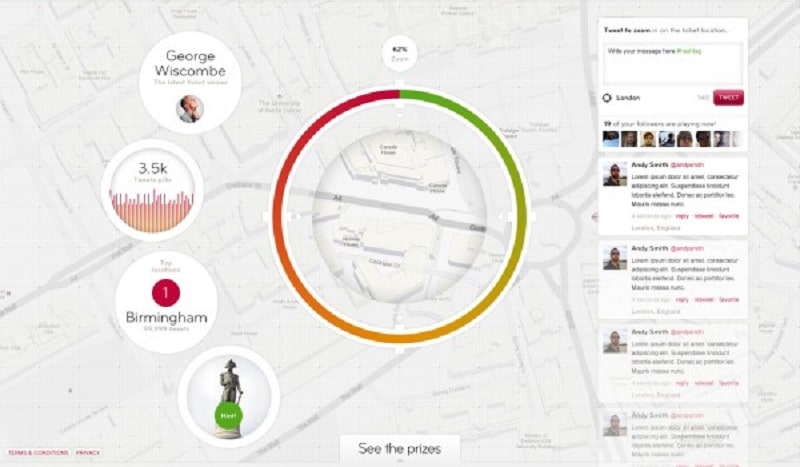 The campaign received 5,000 Tweets on the first day and went on to reach 50,000 by it’s end. Along with an impressive engagement rate of 38% from their sponsored links, they managed to quadruple their smartphone sales among 16-24 year olds during the weeks following the campaign.

Their success and others is evident of the potential of Twitter. Know your target audience, encourage them to spread the word, and be creative. Going into it with a well thought plan will always increase the chance of Twitter working for you too.

Link Building Strategies You Should Be Paying Attention To

3 Affordable Influencer Marketing Strategies You Should Use

How to Identify and Disavow Spammy Backlinks

How to Use SEO for Lead Generation – 3 Important Tactics

Why Keyword Research is Still Important for SEO in 2018

How to Write SEO Optimised Copy

Google Analytics for your Marketing Strategy