With the recent announcement that Amazon are testing drones to deliver small packages within 30 minutes, we take a  look at the good and the bad and try to debunk some of the negativity of this technological advancement. We do love technology after all. 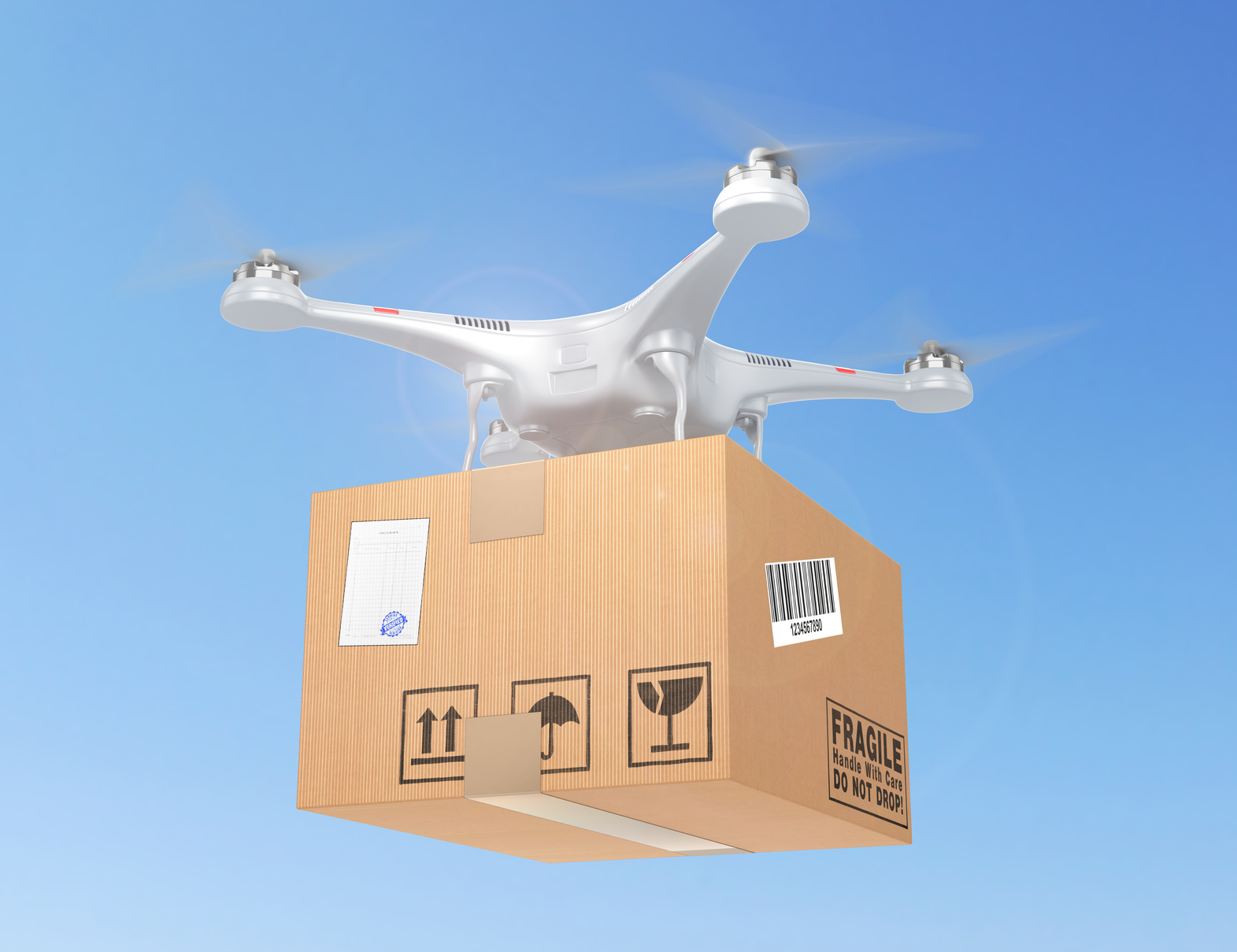 What is a drone?

A drone’s official name is Unmanned Aerial Vehicle (UAV). They are essential very sophisticated remote control helicopters, only their route can be programmed using GPS, they can have cameras and other objects attached to them and they look a bit different.

What are Drones currently used for?

The Federal Aviation Administration (FAA) in the United States allows limited use for drones for firefighting, disaster relief, search and rescue, military training and border patrol. For hobbyists, photographers, filmmakers and other consumer use of drones, the FAA treats this as remote controlled aircraft and they must not be flown near airports, traffic or above 400 feet and cannot be used for business purposes.

The FAA also states that each drone must have its own cabin crew,[1]  which means that if Amazon do carry out their plan, according to the rules they will have to employ a controller for each drone they have that can intervene if something goes awry en route.

Amazon hopes to start using drones in the United States by 2015 using a service dubbed Prime Air. The aim is to improve the company’s growth and efficiency and make things a bit greener. That does not mean it will be nationwide by then but more likely in select areas of a city or cities. They will carry packages up to 2.3kg, which covers 86% of their orders, which is quite handy. Imagine a TV flying over your head. Currently the FAA is working on changing the flight plan to allow such unmanned vehicles to fly through busy, built up areas.

It should be noted though that Amazon is not the only company to be developing such a delivery system. An Australian company called Flirtey is planning to deliver textbooks by next year and American company Darwin Aerospace is developing the ‘Burrito Bomber’ which lets you order food from an app and have it parachuted to you by this brilliantly-named unmanned vehicle. Of course, the FAA still technically outlaws such things.

So let’s just assume that all the laws and regulations change and drones can be used by businesses and consumers alike as much as they want. They will be developed like all technology is and with cameras attached to them, maybe you could attach your dog’s lead to it and the drone could take it for a walk? Perhaps they could take your kids to school for you. Just program the route, the kids follow it and you watch on your phone while getting ready for work.

Or perhaps they’ll be used by the police. Imagine it now, drones flying above the busy streets looking for crimes or using face recognition to seek out Scotland Yard’s most wanted.

This might seem a bit far-fetched but it’s entirely possible. The technology is there, it’s the laws that need to catch up.  But maybe you don’t like the idea of flying CCTV? Surely it will make society safer if police-controlled drones fly up and down the streets. A controller would be watching, ready to dispatch a team of officers immediately. Many people would of course not feel comfortable being spied on 24/7 and it’s concerns like this that need to be taken into consideration if and when the use of drones takes off.

So what are people’s worries with Amazon piloting this new system?

Let’s think about these for a minute. As tech enthusiasts we think the idea has potential so we’ll try to alleviate some of these worries.

GPS is highly sophisticated and there will be actual humans watching over these drones making sure they stick to their routes and intervening if needed much like how aeroplanes are watched over and controlled.

How many people make a habit of stealing packages or rob the postman when they have no idea what the package is that they’re stealing? Someone hoping to have bagged a blu ray boxset might find they’ve nabbed a micro-pedi instead. Besides, Amazon is offering these drones with a view to deliver within 30 minutes of you ordering so if you miss your flight then that’s your fault. They will probably have a very good system in place that will notify you when the drone is approaching and again right before it lands. These drones will probably deliver into your back garden if you have one, just to make sure no one comes darting out of the bushes to snatch away your cargo before you get to it.

These drones will be moving which means gusts of wind will not knock them off course. They might wobble a bit but they won’t come crashing to the ground unless the stormy weather is particularly turbulent  in which case, 30 minute delivery might be suspended until further notice and we’ll have to rely on humans and vans again.

Packages falling from the sky

Please. Amazon will securely seal the packages to the drones and will have safety checks  before they taxi onto the runway.

This one is surely aimed at those countries who insist on having guns. It will be illegal to shoot a drone down and if people are stupid enough to actually shoot down one of these things and risk injury to other people then they will find themselves either heavily fined or locked away in a cell.

Firstly, these drones will not be allowed to fly near airports, military bases or similar and they will have their routes planned accordingly. Secondly, you don’t yell at the postman for being on private property do you?

Terrorist drones are actually a valid concern but only if the idea of drones really flies with people. When these machines become more common, then the FAA and other organisations will need to think about how to deal with the possibility of terrorist groups attaching bombs to these things and flying them into crowded areas.

Of course you do. So here are some consumer drones that are available for you to buy

What do you think of Amazon’s plan? Let us know in the comments.

How to Buy Bitcoin (and Litecoin)