David Bowie, the legendary musician and cultural provocateur had multiple personas; the Thin White Duke, Ziggy Stardust and Jareth the Goblin King, he was a fashion pioneer and a musical visionary, but Bowie was also a tech trailblazer. In 1994, Bowie released a CD-ROM alongside his track “Jump, They Say,” which allowed you to make your own accompanying music video. Bowie was also one of the first major artists to release a new song – 1996’s “Telling Lies”- out exclusively on the internet, selling 300,000 copies in the process. He even helped the New York Yankees make its first website, but Bowie didn’t stop there. 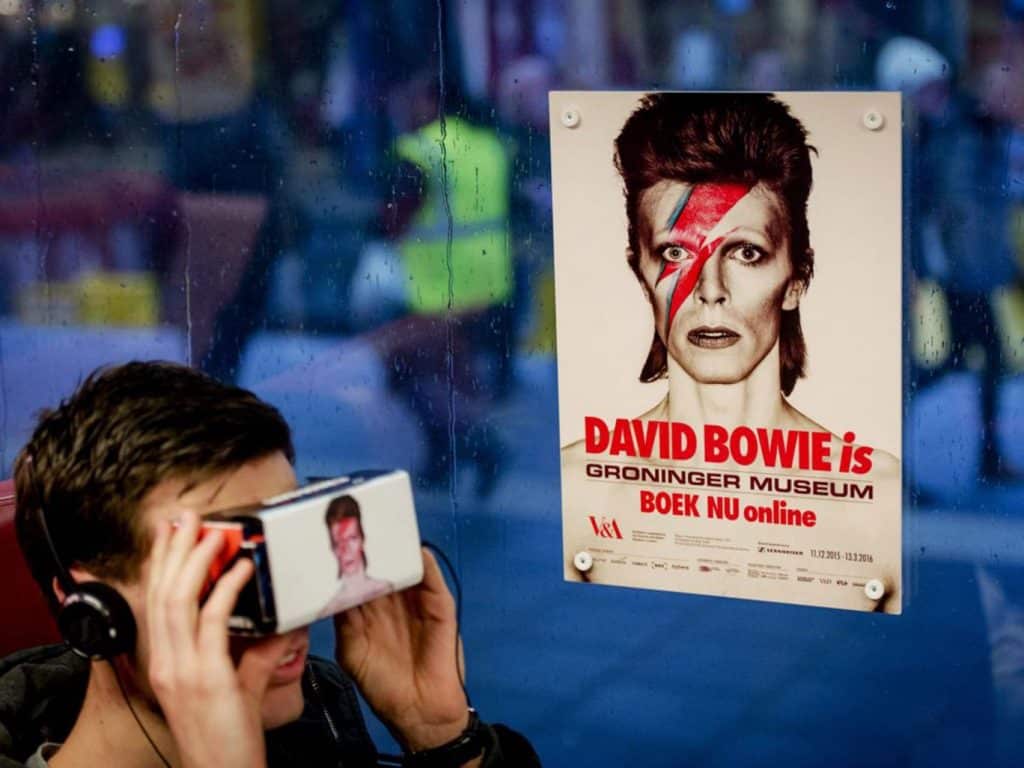 In 1998, at a time when plenty of major corporations were still struggling to even comprehend the significance and importance of the web, Bowie announced the creation of his own ISP, a service that gave users internet access and entry to a vast trove of his photos, videos and songs, as well as the promise of an exclusive look at his upcoming material and web chats hosted by the man himself. It was a lot easier to become an Internet service provider in 1998 than it is today. Instead of the enormous expense of deploying fiber or cable throughout a city, ISPs could spring to life by selling dial-up connections to anyone with a telephone line. BowieNet, as it was called, cost $19.95 a month, it gave users 5 megabytes of space to create the own personal sites, at its peak, BowieNet had around 100,000 users. BowieNet’s launch announcement on July 17, 1998, offered customers “a fully customizable home page, davidbowie.com e-mail address ([email protected]), news groups, chat rooms, online shareware, multi-player gaming, and much more.” BowieNet users also had the ability add music and video plugins to regular webpages creating a music-centric social network, years before MySpace and Facebook.

At a time when most homepages were simple constructs of text and still images on a default grey background, BowieNet used emerging plugins like Flash and RealAudio to provide animating graphics and downloadable music clips. Newcomers were told they’d need at least a 28k, but preferably a 56k modem connection – this was demanding at a time when the commercial WWW infrastructure was still in its infancy. BowieNet came at a time when the internet was only slowly transitioning from curio to an integral part of human life, but it’s clear Bowie saw this change coming. Bowie talked in several interviews about technology, and what it meant for the future of media, music and the relationship between creator and fan. 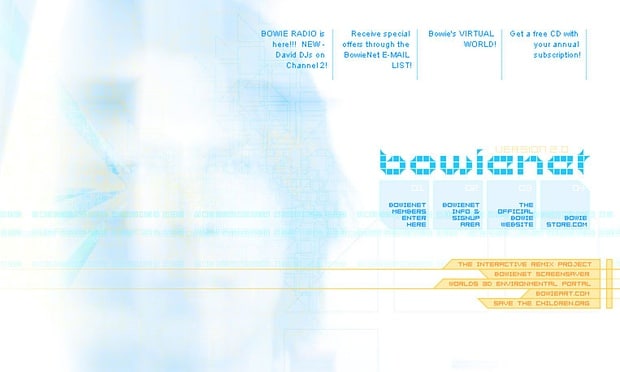 “We’re on the cusp of something exhilarating and terrifying” Bowie explained “the actual context and the state of content is going to be so different to anything we can envisage at the moment – the interplay between the user and the provider will be so in simpatico it’s going to crush our ideas of what mediums are all about.” Specifically, he said the barriers between creator and audience will be further eroded, thus predicting the rise of services like Twitter and Instagram that allows us windows into our idols’ lives. “I embrace the idea there’s a demystification process going on between the artist and the audience,” he says, describing the internet as “a communal power” that helps the media become more and more about the audience and less about monolithic era-defining artists like The Beatles.

Bowie stated that the internet, rather than rock music, has become the conveyer of rebellion in society. “If I was 19 again, I’d bypass music and go right to the internet.” The web, instead of music is now the new wild frontier, it is technology that will break barriers and change the way we communicate and grow. “I don’t think we’ve even seen the tip of the iceberg,” Bowie claimed 15 years go “what the internet is going to do to society, both good and bad, is unimaginable.”

Bowie understood the importance of the internet as an arts venue – if not the arts venue – of the coming era. Bowie was an expert manipulator of media – be it music, art or video. So It was inevitable that he would spot the potential of the internet, not just as a mass marketing technology but as a new way to make, share and expand upon his work.