On Thursday 8th September me and another Lucidican went along to Gerd Leonhard’s book launch at the CASS business school in Central London. He was promoting his latest book titled “Technology vs Humanity”. The evening started with an hour and a half talk about the book from Gerd himself and was then followed by an interesting Q&A session where many audience members questioned the way technology would develop in particular fields.

Not knowing what to expect from a technology book launch as I, myself do not know all the ins and outs of the technology world I was surprised by how much I enjoyed the evening. He started the talk by stating how “humanity will change more in the next 20 years than in the previous 300 years.” He explained how the technology industry had exponentially grown in recent years with many considering it the answer to pressing problems and undeniably seeing it as the future. Gerd described the developments in technology directly helping the health of humans through regenerative medicine, synthetic biology, and genetic engineering curing diseases such as diabetes and even cancer. He admitted he was a massive technology lover himself and found it challenging at points to “come offline”. 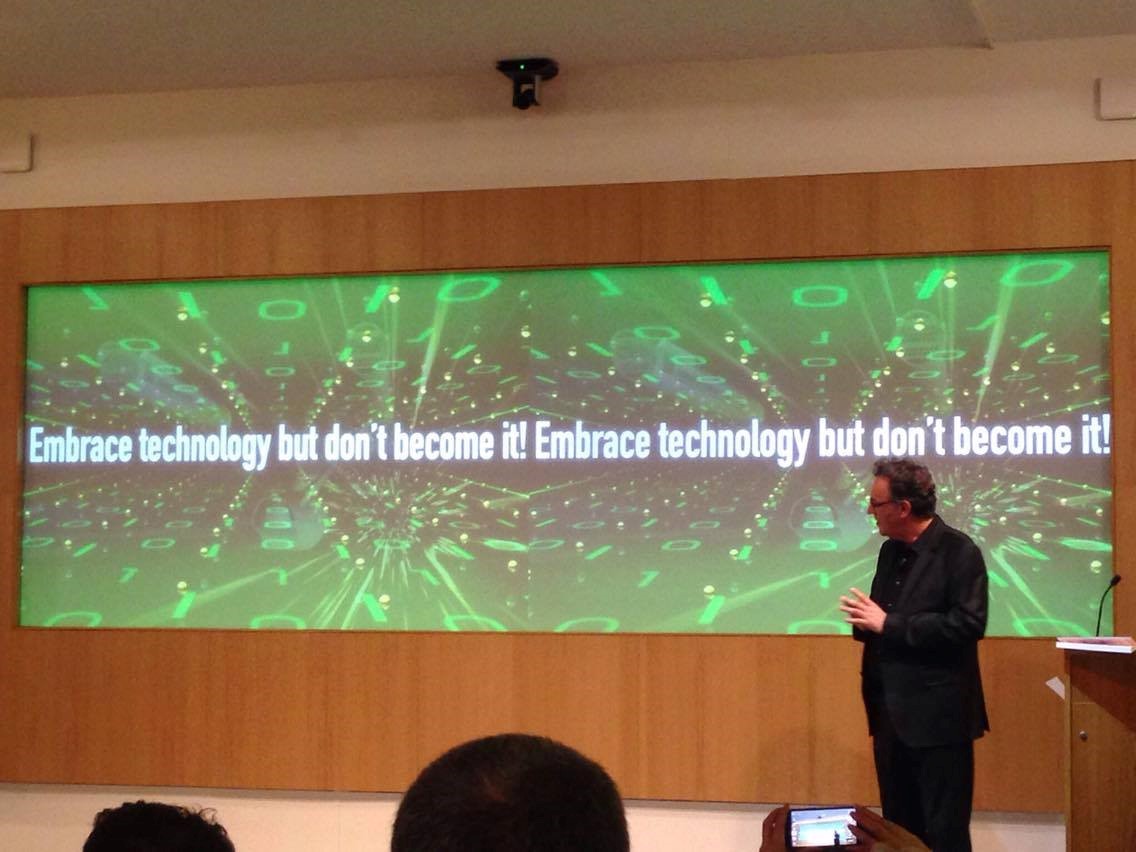 However, the presentation changed when he discussed the future of technology and how this expansion would take over human development and jeopardise humanity. He consistently referred back to our ability to outsource our problems and questions to technology and how this dependency will only increase with time. As part of this point he humorously showed examples of weird and wonderful technology developments including nappies that tweeted you when they needed changing! He debated how we may be the last generation that exists un-augmented with many seeing the future of technology as entering the body non-invasively. He stated throughout that a banning or non-progressive approach to technology was out of the question, however advancing technology needed to be approached with caution to ensure we do not forget humanity. He predicted that as soon as 2023 technology will match and potentially overtake human intelligence meaning that technology itself will be better at doing certain things than most humans. As technology is something that the majority of people use without much thought, he repeated how people needed to remind themselves that at points it is necessary to restrict or stop technology usage.

He made an interesting comparison between the technology and oil industry stating that technology was the “new oil”. This point was made in regards to the fact that the technology industry needed regulations and precautions similar to the oil companies. These regulations included negative income taxes, a global digital ethics counsel and regulation of data oil companies. This perspective could seem ridiculous when considering that technology and oil are very different industries and that safeguarding technology seems peculiar when you consider it a human choice to possess it. However, when Gerd displayed a bar graph showing the world’s most valuable companies, the size and wealth of the technology industry became apparent. Out of the top 12 public companies in the world, 6 of them were technology (four of those were the top), only four oil and energy, one financial services and one electric.  This showed the increasing size of the industry and how it had actually overtaken oil massively in wealth and opportunity. 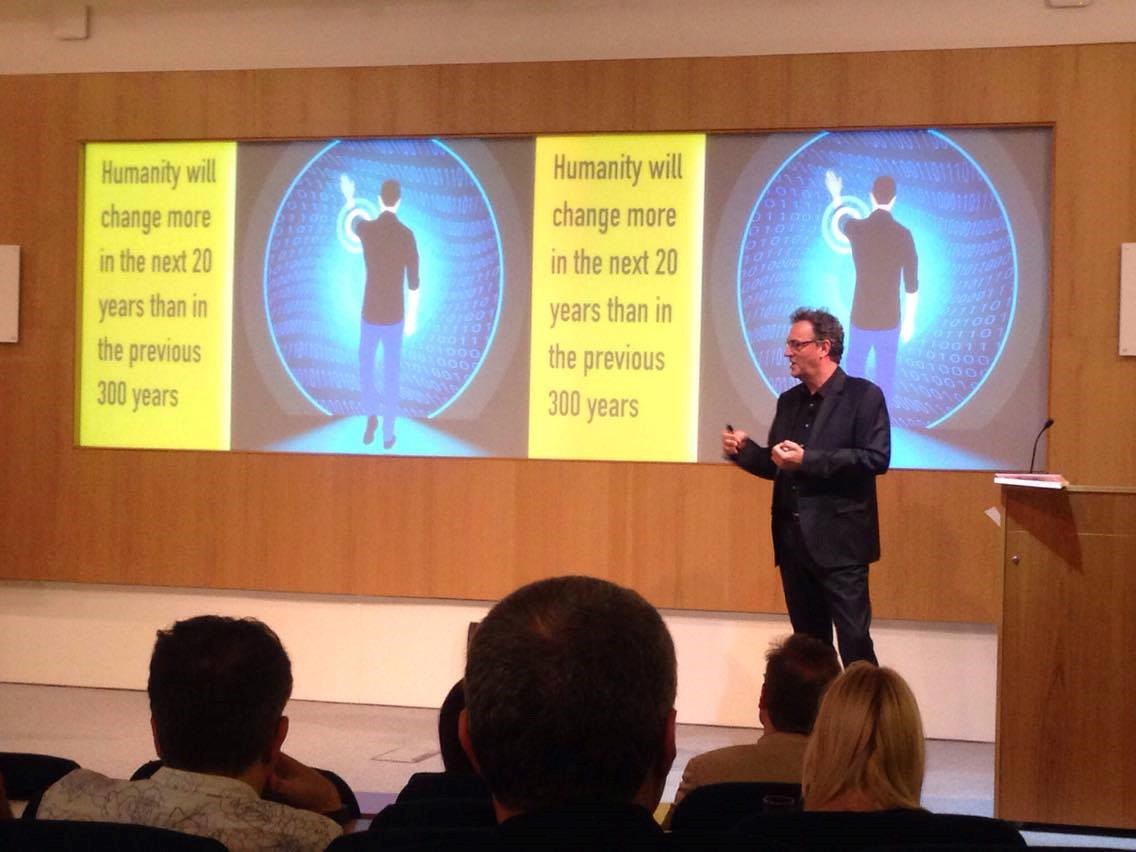 The talk concluded on the idea that technology was something that was undoubtedly going to increase in size and ability, however, it was important for humans to embrace it but not become their devices. The question and answer session followed this theme with the audience asking whether robots should have a human interface and what precautions can we take individually to stop us becoming too dependent on technology.  Gerds response was that if humans simply became a reflection of whatever device they were wearing at the time individuality and personalities would be lost. Efficiency and change is indisputably important in society but when that change comes at the price of reducing ethics and removing human control things may need to change.

For anyone, whether you are a technophobe or a tech lover this book would be an interesting read. It will pose ideas that many have never even considered and give you a sneak preview into what the future may hold in technological developments. Although certain elements may seem slightly terrifying it is a progressive book with many lighter points on the usefulness of technology and the way it will affect many if not all elements of society. The resonating message of the evening seemed to be ‘use, but use with caution.’