Back in December, following months of rumours, BT announced that it was in talks to acquire the UK mobile giant EE for the impressive sum of £12.5 billion. EE, of course, a brand that sprouted from a 2 existing mobile networks (T-Mobile and Orange) and 1 terrible piece of short-lived branding (Everything Everywhere).

As for BT, it’s been over a decade since they last had real footing in the mobile market. In 2002 BT was forced to spin off its mobile arm, BT Cellnet, as O2, amid rising debt. Confusingly, just 3 years later O2 was snapped up by spanish-owned Telefónica. 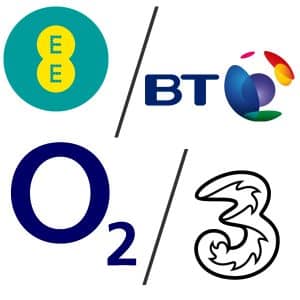 Last month we learned that once again O2 is up for grabs – this time to Three, owned by the Hong Kong conglomerate Hutchison Whampoa, for an equally jaw-dropping sum of £10.25bn.

Assuming these two deals go through (more on that later) this leaves the UK mobile market radically shifted. Three/O2 would become the largest network, serving around 32 million customers, with BT/EE with 25 million customers. That said, BT/EE would still control the largest 4G network in the UK, and it becomes a quad-player, offering phones, broadband, mobile and TV.

Where would this leave the other providers?

‘Provider’, actually, since the only other operator in the UK is Vodafone. Tesco, Virgin, GiffGaff, Talk Talk etc. are all virtual operators (MVNO) piggybacking off one of the big networks’ infrastructure. And this hits at the first problem with these mergers: what happens to Vodafone?

The company itself has voiced concerns about the proposed mergers. Fears that it will receive poor deals on infrastructure access linger, and many think it would need to make a few acquisitions of its own to stay in the game.

On the other hand, we could end up with Vodafone itself being swallowed up. Sky is set to become the only major telecomms provider without a mobile arm, and with choices dwindling to 1, a merger with Vodafone might seem a no-brainer. 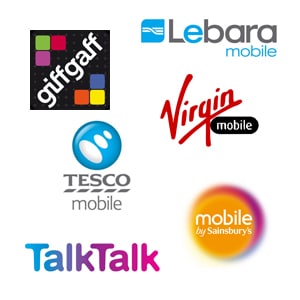 The future of the many MVNOs are also under question. Undoubtedly the EC would safeguard their access rights in order to maintain competition, perhaps even to the extent of forcing BT and Three to guarantee capacity.

For a long time Three has been a highly successful value proposition for customers; offering high data limits, low pricing, and affordable monthly rolling contracts. Many fear that with such heavy investment in the UK, Three will have to recoup by upping prices.

Worryingly, this fear is not without precedent. In Austria, where Three has made a similar acquisition by purchasing Orange Austria in 2013, mobile prices have risen dramatically. Since the merger the average SMS price has increased 29%, and data 78%, with users on those appealing low-cost plans bearing the brunt of the hike.

However, at this early stage we can do nothing but speculate. For the millions of EE, Three and O2 customers the positive side should be better infrastructure and hopefully better service. Until then most of the finer details will have to wait.