Last week, seemingly out of nowhere, Amazon announced a new product: Echo. This wasn’t a new tablet, Kindle or Fire phone (because clearly those aren’t quite the hit Amazon were hoping for), but instead a voice-assistant for the home. Or, as The Reg so aptly put it: ‘a cross between ice maiden Siri and wireless speaker system Sonos‘.

At least that’s what can be deduced from the cheesy 4-minute promotional video, featuring a ‘typical’ modern family; complete with vaguely-patronising techy dad, surly bickering teenagers, and saccharine narration provided by youngest daughter. (…We’re not fans)

Echo inspires some excitement in us. The device, which Amazon proudly states is mains-powered (apparently that’s a feature) responds to enquiries for information, music, weather, news etc. much like the Siri, Google Now and Cortanta. Allegedly the innovative microphone system, will be able to accurately understand your requests from anywhere in the room. Having this around the house, as the video demonstrates, does actually look useful. 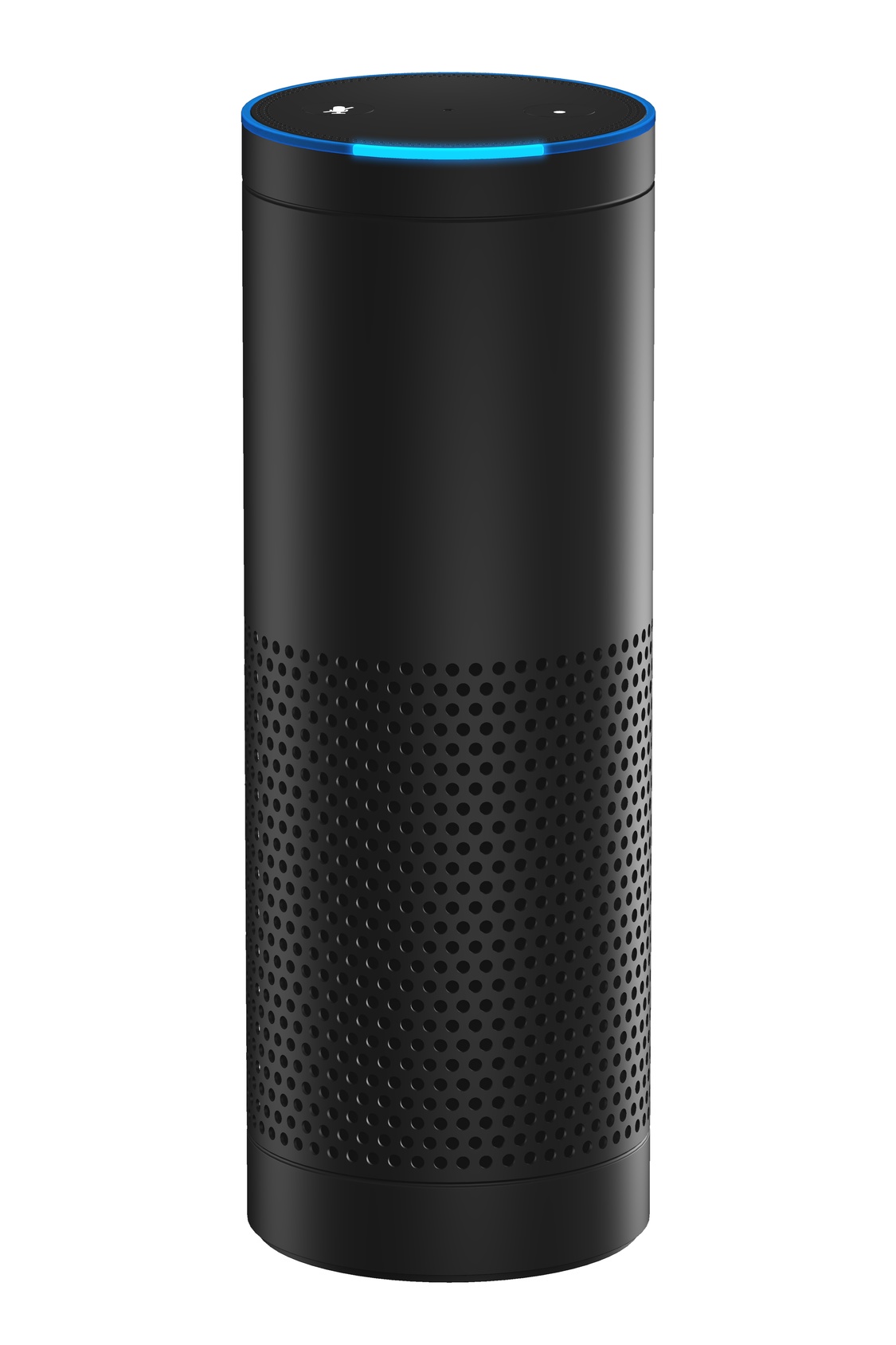 There are issues though, and the tech world’s been quick to ask questions.

Firstly the concept of always-on microphones still makes lots of people nervous. Amazon insists that the device only starts streaming audio to Amazon’s servers when it hears the wake word – ‘Alexa’. Nevertheless having our devices hearing everything we say is something the wider tech community is not wholly comfortable with yet.

Others were keen to point out that Amazon’s media ecosystem isn’t quite up to scratch, particularly when compared with other music streaming services like Spotify. Prime Music doesn’t yet exist in the UK, but then neither does the Echo – we’ll likely see the two launch together. Either way, getting Echo to play your tracks on command will be locked to Prime Music – not an appealing thought if you’re a Spotify devotee.

The same applies to where Echo gets any of its answers.  Without the time-tested backend that Google, Microsoft and Apple have been developing for years, Echo might end up floundering, misunderstanding requests and failing to deliver answers.

There’s a cynical criticm about being based in Amazon too. At its heart Echo, much like the Fire Phone, Kindle and Kindle Fire, is designed to keep you spending money with Amazon. We’ve seen in the video the ability to add items to a shopping list, and we’re willing to money on that default shopping list being your Amazon basket. And its only one small step to suggest that you’ll probably to able to buy items directly by asking Echo, negating the need for checkout.

Interestingly Prime members get a pretty hefty 50% reduction in the cost of the Echo, putting it at an impressive (and tempting) $99 rather than $199. But for the moment you can’t get your hands on one without an invite… no, you did read that right.

You might think we’re being a bit negative about Amazon Echo, and that’s not really intentional. The device isn’t out yet and we’re not willing to make judgements without seeing it first-hand. In reality the idea is superb. We’d just be happier if someone with more experience in personal voice assisstants, or someone with a bigger search and media infrastructure had come up with it first.

Put Google Now, Siri or Cortanta in a tube and we’re sold.

Why Are Retailers Blocking Apple Pay?